Franco on Sexual Misconduct Allegations: “I did not hump her!” 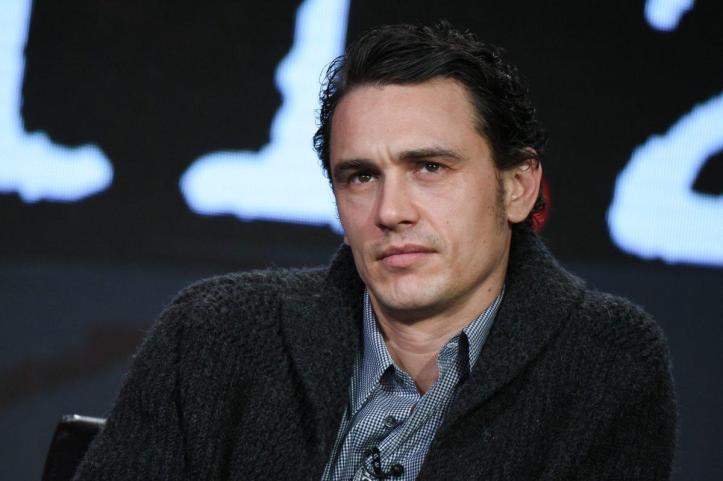 Since recent sexual misconduct allegations against him, James Franco has led a low profile.  The director and Golden Globe-winning actor of The Disaster Artist, a film about the man behind the worst film ever made, has reportedly changed his number and refused all comments on his multiple counts of alleged sexual perversions against women over the years.  Given the circumstances, it came as a surprise to me and The Thirsty Thespian staff when, against all expectation, we secured a secret meeting with the estranged celebrity this morning at his L.A. flat after he reached out to friend and instructor in “Escapist Ideology” , Crazy Dave, to congratulate him on his recent journalism honor.

Over the phone, the paranoid Franco told us he was he was “eager to tell the true story… how it really happened” on the condition that there would be “no cameras… no audio recordings… no preconceived notions… Never!”  Upon seeing the actor this morning, I can understand the reasons behind his media-phobia.

Franco stood before us disheveled, unshaven in nothing but boxers.  His hair was greasy and perspiration rained from his pores like he had been filming a scene from some jungle-flick.  He rushed us inside and bolted the door behind us, all the while hurling profanities and exasperated cries concerning his accusers into the stagnant, sweaty air.  “I did not hump her!  It’s not true.  It’s bullshit.  I did not hump her.  I did noouught!”  He then turned to me.  “Oh, hi Mick.”

Franco then spiraled into a half hour tirade about women, how he “loved his ladies so much,” and, pressing a soiled dress to his boxers while moaning “you tramp!”, revealed in a flurry of emotion (at one point hurling his television through a window) that the allegations against him were complete fabrications.  Finally, I found the courage to ask the difficult question directly: “Did you sexually assault those women?”

“Of course not, don’t even ask!”  Franco then rose and suddenly began tossing a football into the air nonchalantly.  “Anyway, how’s your sex life?”

I motioned the note takers to gather their materials.  It was clear that Franco was in no mental condition for further discussion.  I thanked the actor for his time and moved to shake his hand.

Outside the flat, on our way to our car, we heard the muffled cries of a man in the fits of desperation:  “Why Sarah?  Why Violet?  Why?  Why!  Everybody betray me.  I’m fed up with this world!”

Though no clear progress was made on the “truth” in this recent Hollywood drama, it is clear that the Franco we once knew and loved has been confined to memory.