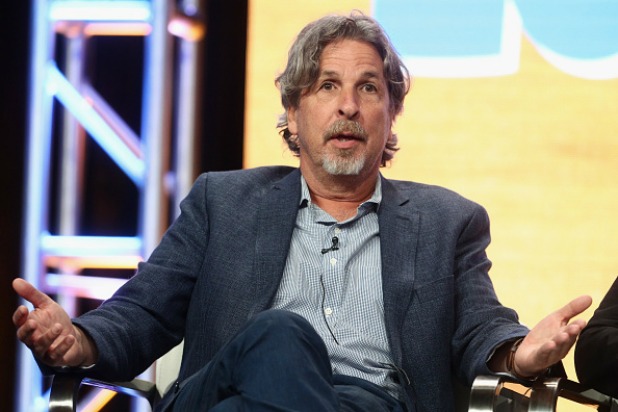 HOLLYWOOD, CA–Last Tuesday’s Oscar Nominations emerged amid a firestorm of rumors, accusations, and criticisms concerning the validity of some of this year’s choices versus that of many other viable shut-outs.  Among the most remarkable snubs include the Mr. Rogers documentary Won’t You Be My Neighbor? (2018), Bradley Cooper’s directing for A Star Is Born (2018), Aquaman (2018) for visual effects, and representation of women in several of the major categories.

Peter Farrelly, Dumb and Dumber (1994) writer/director, was particularly affected when he was left out of the Best Director nominations for his work on last year’s race-focused feel-good comedy/drama Green Book (2018).  Earlier this month, allegations emerged of possible sexual misconduct from the director (and Islamophobia from the film’s writer) who, according to several sources including The Guardian, had been observed flashing his penis and participating in perverted pranks on past film crews.  Many critics and Oscar aficionados cite these “sick” activities by Farrelly as one of the key reasons for his rejection by the Academy, especially given his prominent merit-based nomination in the Directors Guild Awards this year.  Farrelly was initially apologetic to these allegations, which he admitted in a report earlier this month as being embarrassing childish antics: “True.  I was an idiot.  I did this decades ago and I thought I was being funny and the truth is I’m embarrassed and it makes me cringe now.  I’m deeply sorry.”

Since his recent Oscar snub, however, the director has acquired a very different perspective on the matter.  According to TTT Film Editor Mick Montage, a long-time friend of the director since their film school days, Farrelly had disclosed some interesting insights into the reasons behind his rejection while three-beers-in at a local bar last night.

Farrelly: “Those Academy voters… have penis envy, dammit!  That’s why I got screwed over.  They’re jealous of the size of my dick!  What evidence you ask?  Just look at the other snubs!  Bradley Cooper, Aquaman, Mr. Rogers.  None of them under 10 inches!”

Indeed, noted Montage, though Farrelly is obviously misunderstanding the psychological root of the term “penis envy,” he was not known back in the day as “Peter Peter Pumpkin Penis” and “Foot-long Farrelly” for nothing.  Montage even recalled the crude adaptation of the “Peter Piper” nursery rhyme the “bros” used to chant to him after long nights of re-shoots, which has unfortunately been censored due to its overtly explicit perversion.  Cameron Diaz, who was one of the actors cited as having experienced the director’s sexual antics while filming There’s Something About Mary (1998), has come out today in defense of her previous colleague, emphasizing his “impressive size” and “powerful girth.”  She continues: “Though I did not expect to see that (Farrelly’s penis) it was definitely a welcome sight!”

So, the question emerges if jealousy over penis-size was indeed a factor in some of this year’s Oscar snubs.  Though this perspective fails to explain the lack of women inclusion, it does erect (pun-intended) quite a few hard questions for Academy voters before this year’s Oscar ceremony on February 24th.